Skip to Content Skip to Side Navigation Skip to Footer

In a moving, heartfelt ceremony with more than 125 people in attendance, Gallagher Court was dedicated at the Jesuit Retreat Center on Sunday, August 4. The court was named in memory of Pat Gallagher, highly successful head basketball coach at St. Ignatius High School from 1970 to 1975, who died in 1997. Coach Gallagher holds the highest winning percentage (84%) of any coach in Ignatius basketball history with 100 or more wins.

Family, friends and alumni attended from across the country. As Pat Gallagher’s family and many of his Ignatius classmates of 1960 looked on, speaker after speaker talked about Pat as a player, coach and a person – a man for others. When it came time to shoot the first shot at the basket, his grandson swished a free throw like a veteran and the crowd roared its approval. After the ceremony, the crowd gathered in the Loyola Room to renew friendships and continue the celebration.

More than $125,000 was raised in this tribute to Pat Gallagher. Funds were used to build the basketball court, with the option to play volleyball and soccer as well. JRC and this court will serve countless students on retreats for many years to come, building upon our legacy of doing so for St. Ignatius students going back to the 1940’s. Contributions also were used to establish a fund, Gal’s Pals, as part of the JRC Angel Fund to assist members of AA who otherwise could not afford to attend retreats at the Jesuit Retreat Center.

Donations are still being accepted. Please contact Kevin Gladstone at kevingladstone24@gmail.com or 216-401-7918 for more information. 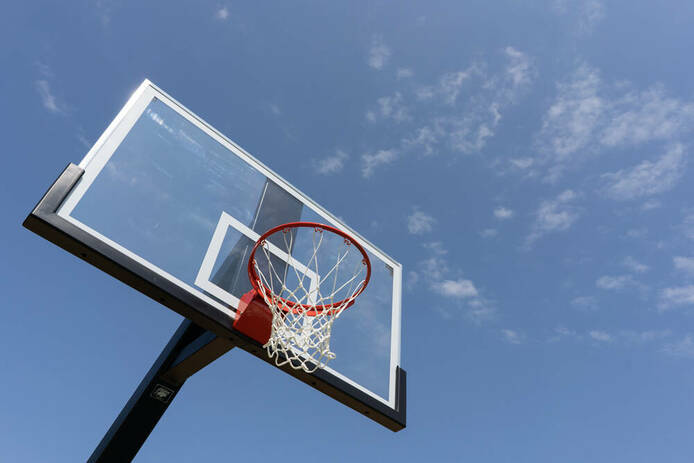 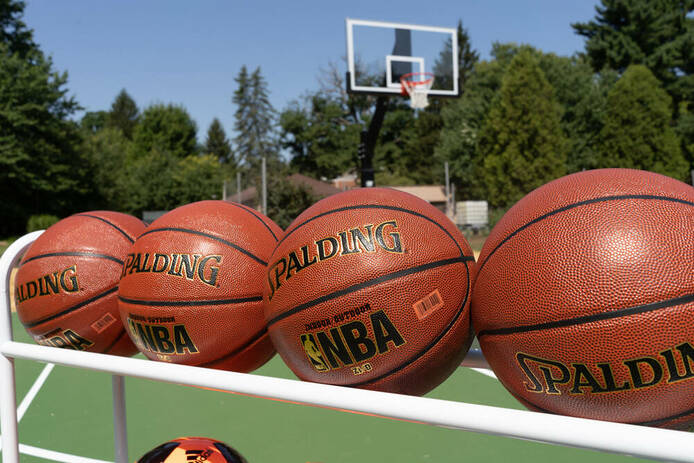 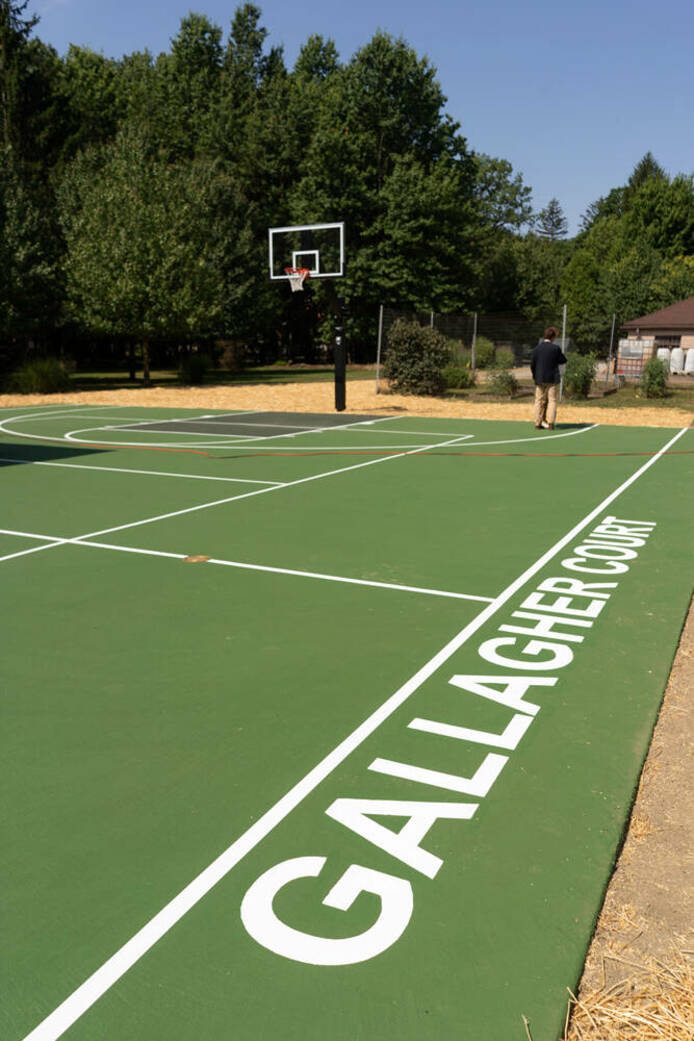 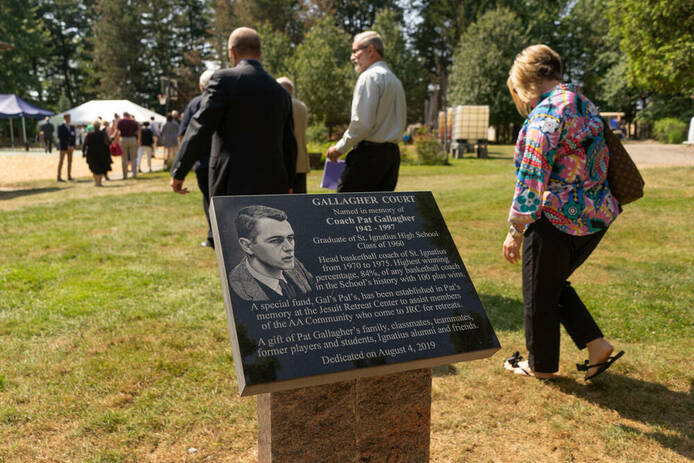 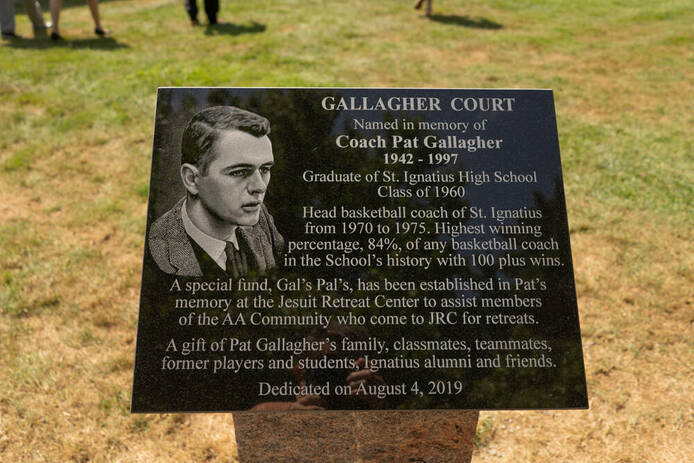 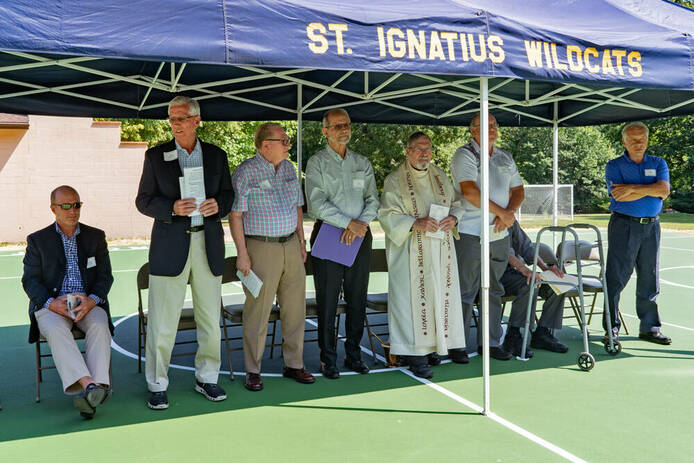 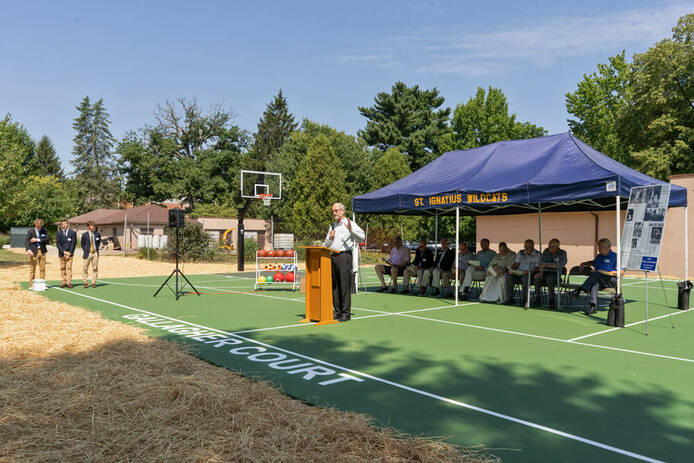 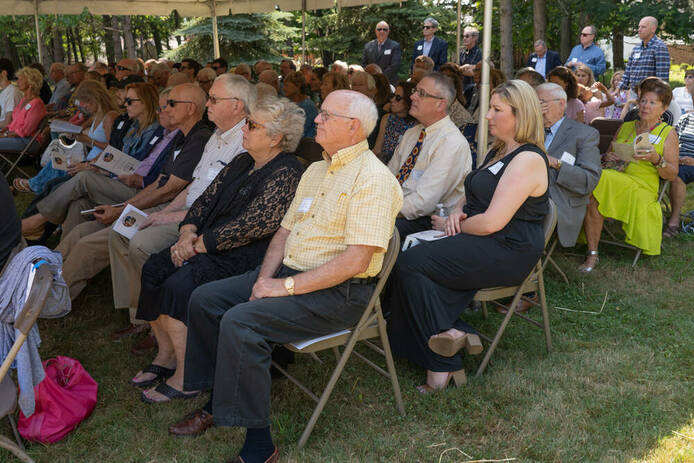 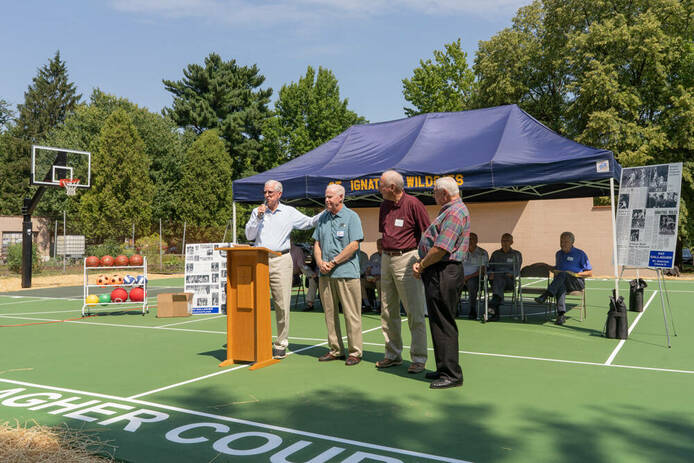 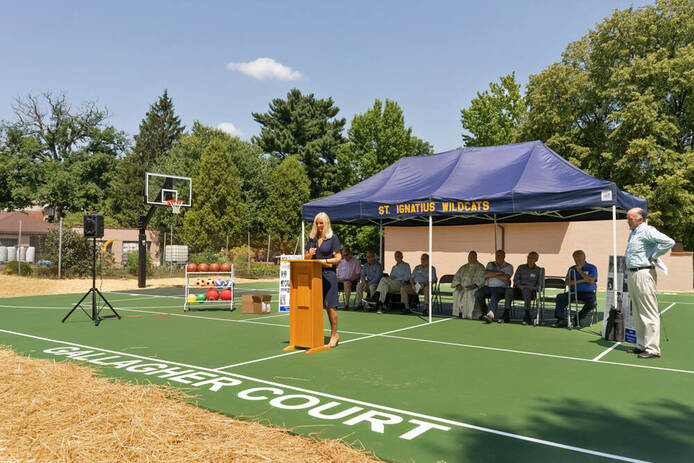 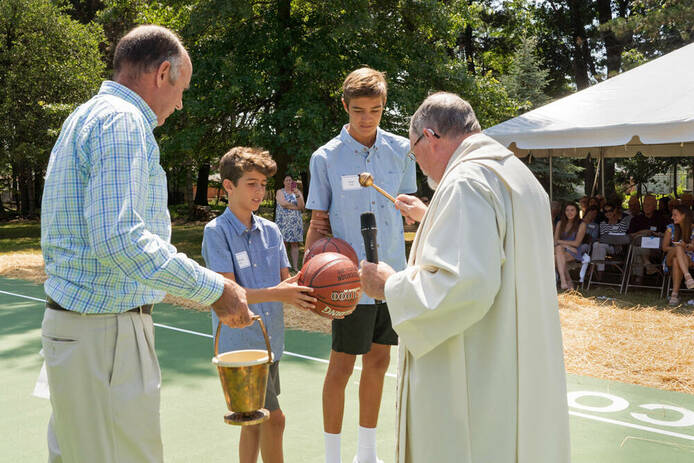 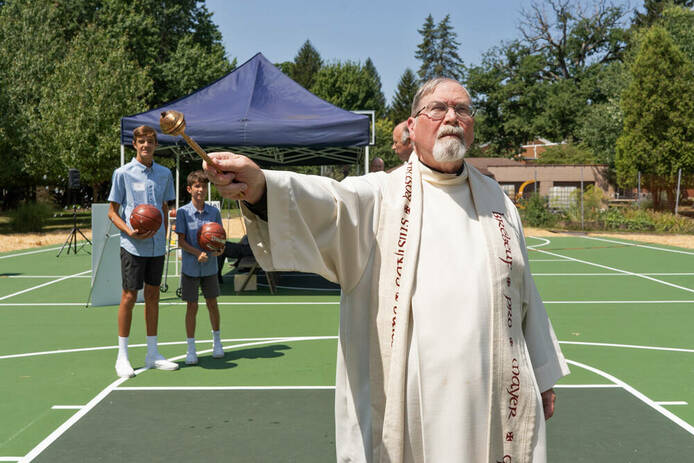 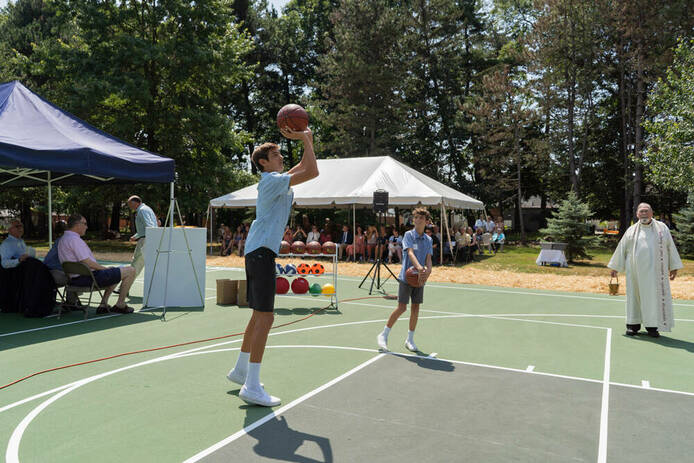 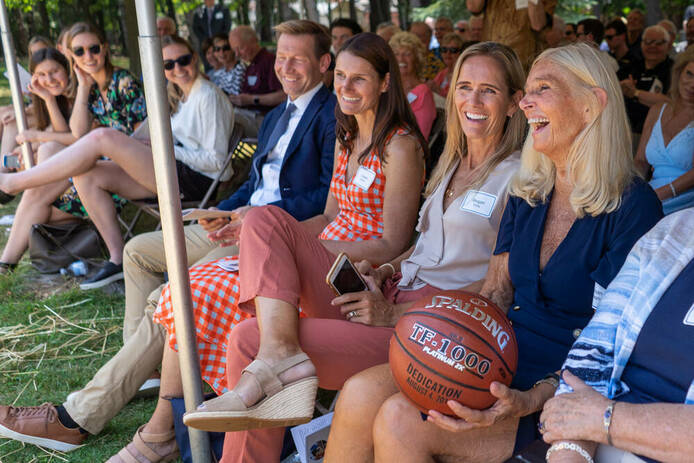 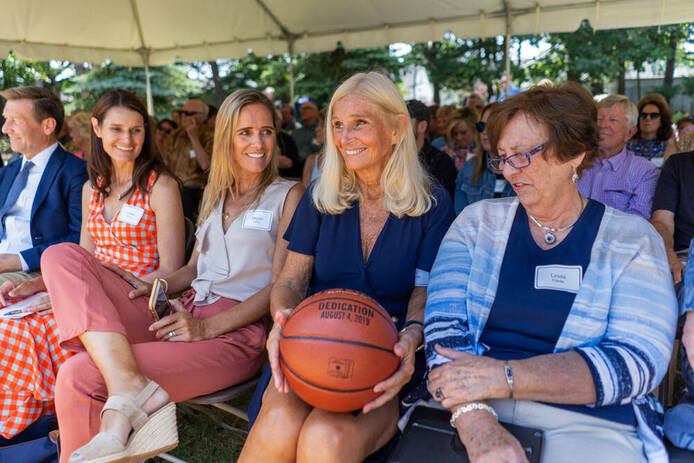 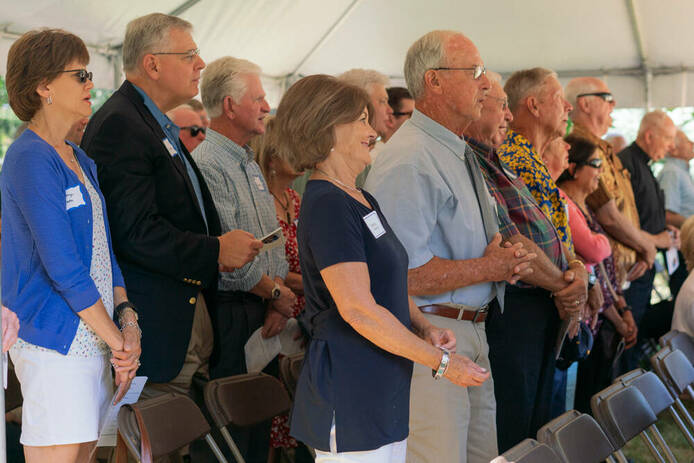 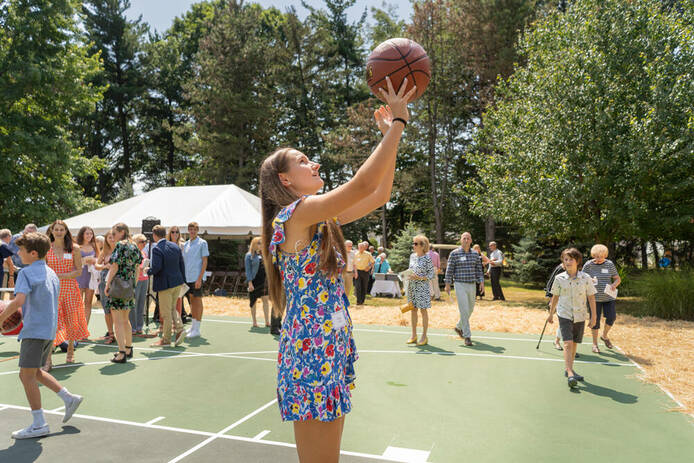 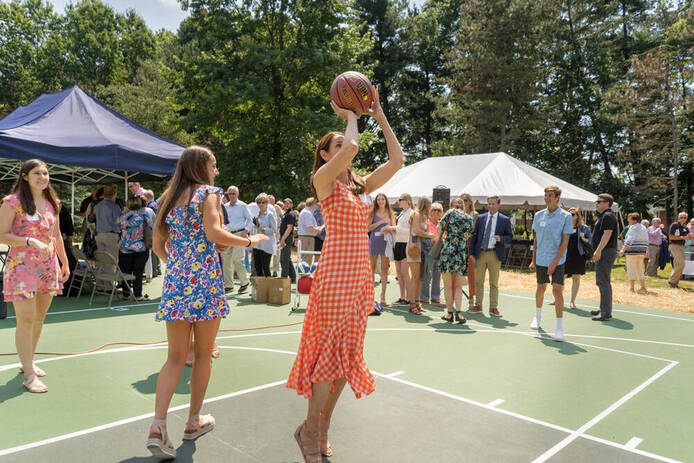 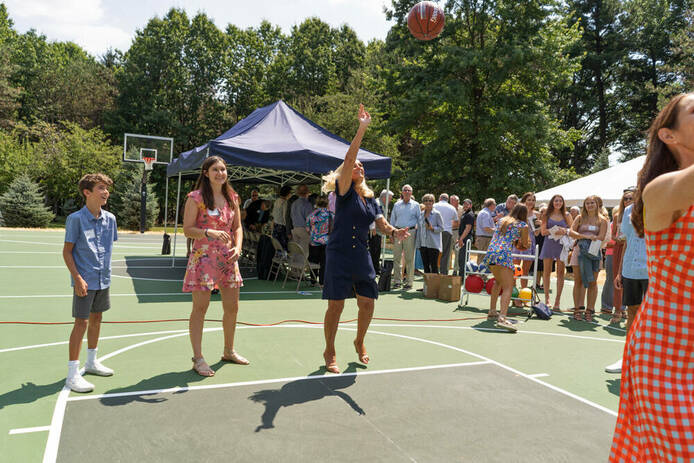 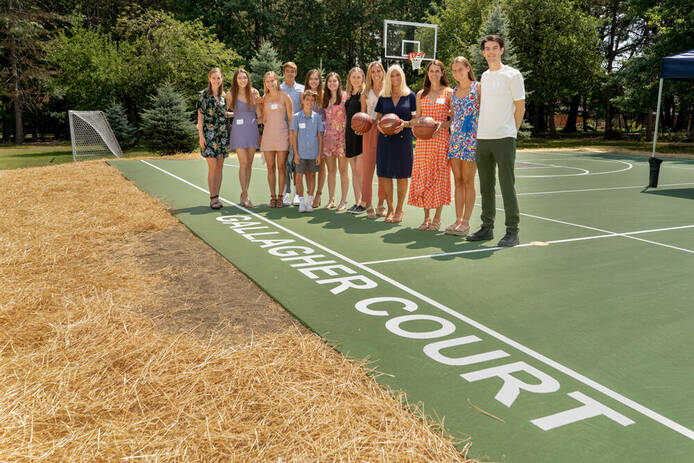 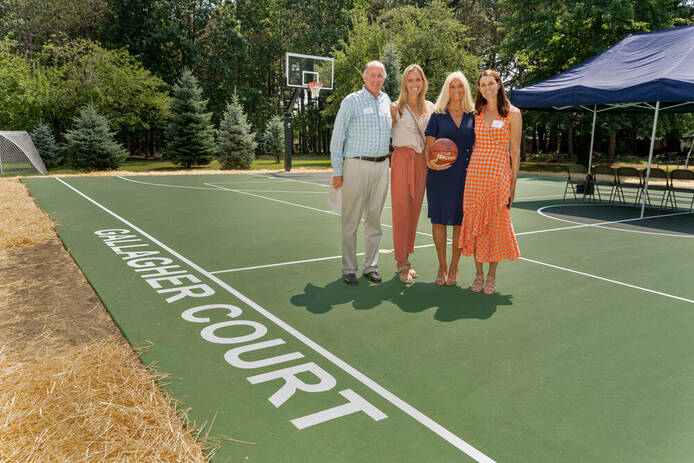 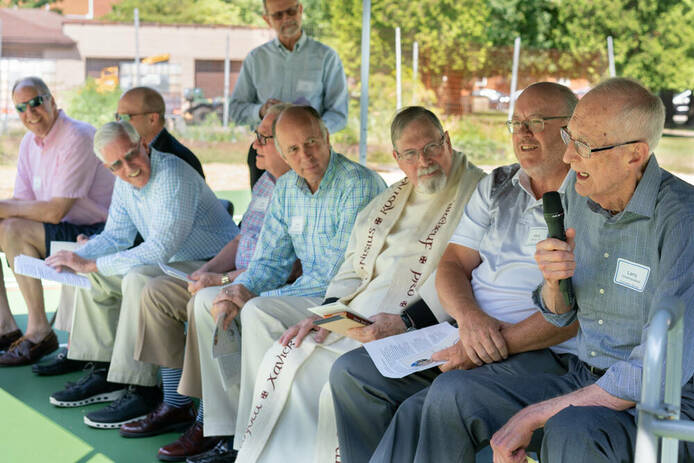 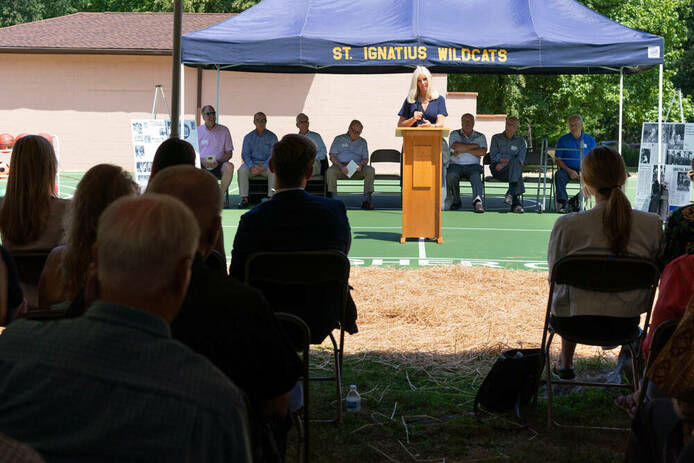 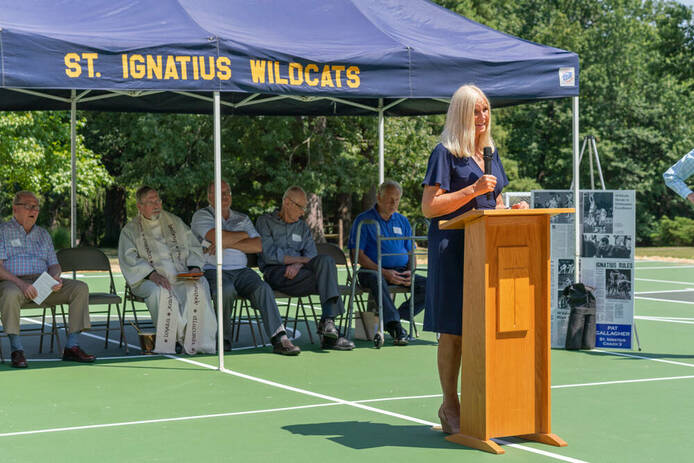